Six Reasons for More Profit on Your Next Government Contract 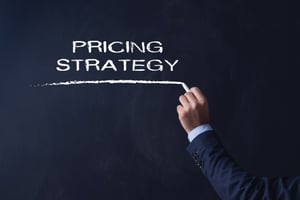 This post was originally published at Federal Pricing Group and has be syndicated here with permission from the author.

Years back, I recalled a DOE Contracting Officer for a “M&O” cost reimbursable type contract commenting to the prime that the two percent fee they were earning was very generous and that the contractor should be grateful. I was appalled and could remember saying to myself, “Who in their right mind would think 2 percent profit is acceptable?”. Was my opinion reasonable? Let’s look at six reasons “six R’s” for justifying higher profit on your next contract.

Was my opinion reasonable? Let’s look at "the six R's" of why your business should consider higher profit on your next Government contract.

Government work is NOT risk-free work. Contract award delays can disrupt a contractor’s business plans. Changes in U.S. Administration create policy shifts and re-sorts of priorities that often create program cuts, recissions, and cancellations. Contract direct and indirect ceiling rates and fixed hour labor rates shift inflation and cost growth risk onto the contractor. A higher profit rate reflects the ‘consideration’ to contractors in exchange for absorbing such risks. Lastly, prime contractors assume responsibility and risk for the performance of their subcontractors. Sadly, many primes greatly reduce or eliminate profit on their subcontract costs to please Government customers. It is entirely reasonable for a prime to earn profit on the deliverables and efforts of their subcontractors as 1) compensation for assuming responsibility for subcontractor performance, 2) a motivator to pursue aggressive make vs. buy efficiencies, and 3) for the value the prime adds helping the Government avoid administrative hassle when the Government bundles multiple requirements into large contract vehicles that require large contractor teams.

Think rainy-day fund. Who would have thought the recent COVID-19 outbreak could have wreaked such havoc on businesses? The pandemic is a good example of unknown risks that can strike a business. Profits are an important source of funds that build up reserves and pay for unanticipated expenses or cushion the blow of unexpected revenue shortfalls.

Profit helps government contractors recover unallowable costs, such as interest expense, that are nevertheless legitimate business costs. Government contractors pursuing aggressive growth goals rely on lines of credit to ensure access to adequate working capital to fund larger payrolls and subcontractor costs. They subsequently incur interest expense when they tap those credit lines. Since the FAR considers interest expense as an unallowable (and therefore a non-reimbursable) cost, profit is the only means by which these contractors can offset these types of legitimate business costs.

Profits retained in the business (i.e., not distributed as dividends, owner draws, or profit sharing) nourishes future growth and investment in improved products and services. Insufficient profit starves companies of an important source of capital and forces them to use (more expensive) debt and equity financing to fund that growth and investment.

Profit sharing is an excellent way to reward employees for both a job well done and for helping the Company operate with economy and efficiency. Also, since profit sharing isn’t technically a cost, it doesn’t get entrenched as an entitlement into the Company’s cost structure. So, it’s an effective way to ensure indirect rates stay low while also motivating continued high performance.

Business owners endure enormous risks to start and grow a business. Unless there’s an adequate owner financial return on that investment and risk, business owners won’t be incentivized to take such risks. That ultimately would mean fewer business ventures started and ultimately reduced innovation and price competition in the market.

In every single case above, higher profit not only benefits the contractor, it ultimately benefits the Government - either through better products and services or through a financially strong contractor that can weather disruptions. As a matter of policy, the Federal Acquisition Regulation recognizes the importance of profit:  “It is in the Government’s interest to offer contractors opportunities for financial rewards sufficient to stimulate efficient contract performance, attract the best capabilities of qualified large and small business concerns to Government contracts, and maintain a viable industrial base.”

Don't deprive your business of an important source of capital. Think about the six R's of profit in your next pricing proposal. 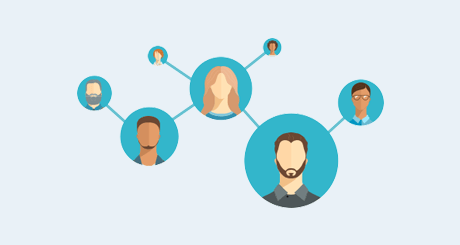 3 Ways the ProPricer Partner Program Can Benefit You

When you want to try something new, where do you normally look for recommendations? For major decisions, you probably ...

Why Pricing Federal Bids with Spreadsheets is Risky Business

A Better Way to Price and Analyze Cost Proposals for Federal Contracts If you’ve prepared a response to a government ...

How do you guarantee your Contract proposal will not only meet RFP requirements, but shine with innovation?