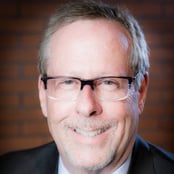 Ken Silver has been with Executive Business Services since 1990, when he joined the company to head up the PROPRICER Technical Support department. He held a series of increasingly responsible positions and was named Vice President in 2008.

Prior to joining EBS, Mr. Silver held various positions within the aerospace and defense industry in the areas of project administration, budget analysis, and proposal development.

Mr. Silver received his Bachelor of Science degree in Business Administration from the University of Maryland.

< back to Our Team