You’re starting a bold new career as either a contract pricer or an agency analyst. The world is your veritable oyster. Unlike many private sector positions, though, there are a series of rules you absolutely must follow while executing your work—from avoiding financial conflicts of interest to reporting even a whiff of fraud you detect during contract execution.

One governing set of guidelines you should check out is the Procurement Integrity Act, which specifies the expected attitudes and behavior of all government employees and their contract counterparts.

We’ve highlighted the main points of the Act here, along with a few more stipulations we uncovered in our research:

1. Stay away from financial conflicts of interest.


On the contractor and agency sides of proposal negotiation, it’s critical to ensure awards aren’t made and administered due to “undo influence.” (Or, in other words, money shenanigans of some sort.) Even the appearance of impropriety can get you into all kinds of trouble.

Putting it bluntly: It’s against the law to leverage your work on a government contract for your financial gain or that of your life partner, your business partner, your kids, or a potential future employer.


2. Steer clear of impartiality, or its appearance

If you’re an agency analyst or Contracting Officer, you must always appear impartial during a proposal or a direct acquisition. Translation: You can never be accused of favoritism in any dealings.

When in doubt, delay or stop your work immediately—after informing your boss and an HR ethics professional.

A few years ago, the FBI indicted a former army contracting official on bribery and kickback charges. He accepted cash, vacations, a car, and partial ownership in contracting firms that he made the winners. He pleaded guilty. Each faced up to 15 years in prison and hefty fines.

This case is just one in a series of ongoing investigations that allege domestic bribery and bid-rigging during federal contracts. As a result, the government looks at gift-giving very closely. So to keep your side of the street completely clean, follow these rules:

4. Take precautions when job hunting while you’re an agency employee

It’s not unusual for a government agency employee to consider working for a contractor they’re currently working with on a proposal or negotiation. If you’re in this situation, there are things you can’t do during your government work—and are, in effect, far ahead of the point when you and a contractor discuss employment specifics.

5. Work for a contractor after the government only under certain conditions

If you played specific roles while in a federal procurement position for an agency, several restrictions apply once you leave to join a contractor you worked with that detailed proposals for more than $10M:

Exception: If you take a position with a different division of the contracting firm that creates a product or service dissimilar from the one you purchased as a federal employee, these restrictions don’t apply. 1

6. Don’t share pre-award proposal or bid information on a contract.

Also, under the Procurement Integrity Act: Once you begin an industry job search while still an agency employee, you can’t share the source, proposal, or contractor information on any bid at the pre-award stage. But, once a contract is awarded, all this information becomes public domain.

Government contractor ethics are just as critical as agency rules in keeping procurements legal, fair, and unbiased. Therefore, it’s in your best interest to establish a Code of Business Ethics and Conduct, socialize it with everyone in your company for input, then publish the final verbiage on your website and intranet.

If you’re in contention for government contracts worth $5M, such a code is required for your proposal submission and ratification process.

If you receive an award on a contract of more than $5M, you must also provide proof of ethics and compliance training for your employees (certain small businesses are exempt from this requirement; however, it’s always good to supply this training from the launch of your business).4

8. Disclose suspicions of fraud as soon as you’re aware of them.

Afghanistan war fraud. Iran reconstruction fraud. In the early aughts, fraud seemed everywhere in the contracting space. Now, the FAR states that contractors and their agency counterparts must disclose credible evidence of law violations and overpayments in connection with the performance of a federal contract award as soon as they detect any suspicious activity. It’s a federal crime not to.

Make no mistake: Contractors have made great strides in self-policing over the past decade. Internal codes of conduct and control systems are, in large part, responsible for the compliance up-level. 5

Another excellent way to ensure compliance of your data and narrative text during the proposal stage is to adopt ProPricer on both the contractor and agency sides of a negotiation.

Contracting firms: ProPricer Contractor Edition can help you avoid low-balling contract price to win your first contract, as the relevant agency will expect you to exceed their pricing compliance and performance expectations from that point on. In addition, with one click, Contractor Edition can help you flag questionable rate and cost adjustments throughout a negotiation. Your final price is your benchmark for all future work, so approach it wisely.

Agencies: ProPricer Government Edition helps all parties who deal with pricing compliance use the same data; it includes an indexing mechanism for all data attributes involved in a federal contract, which is vital for price determination and proposal comparison analysis. In addition, the ability to automate the import of a contractor’s pre-determined data model into your system can save you a ton of stress and session work.

Request a 1-on-1 demo and free ProPricer trial here.

Fly straight. Fly right. Your pricing future depends on it.

We Have Award Liftoff 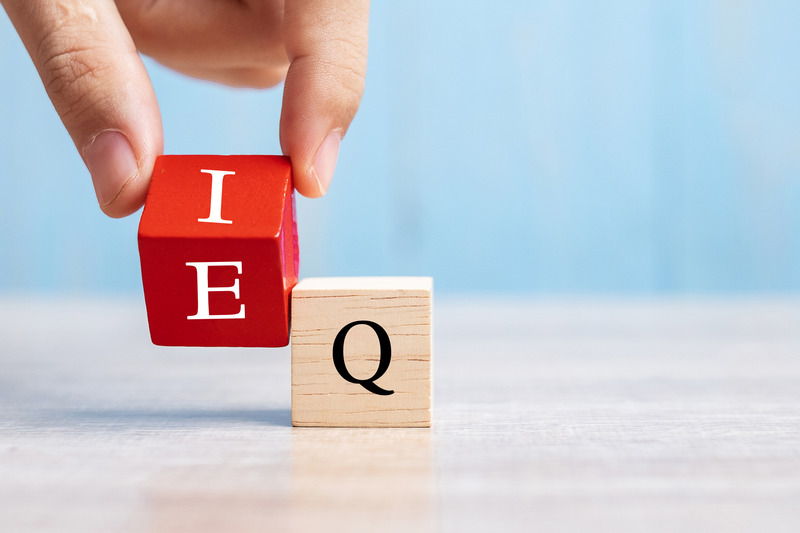 In his breakout book Emotional Intelligence, Daniel Goleman presents and proves the theory that emotional intelligence ...