{% set headerFontFamily = "Open Sans" %} /* This affects only headers on the site. Add the font family you wish to use. You may need to import it above. */

After you have updated your stylesheet, make sure you turn this module off

4 Tips to Limit Excel Errors in Your Proposal Pricing

“If you only have a hammer, you tend to see every problem as a nail.”
- Abraham Maslow

Microsoft Excel is one of the most powerful, widely used software applications of all time—and the most misused. In 2003 Microsoft CEO Steve Ballmer said there were about 400 million users of Microsoft Excel. Everywhere you look; Excel is used, misused, and poorly used to “solve” a wide variety of problems.

Excel is wonderful. It enables end users to create simple ad-hoc solutions and sophisticated applications. It is the common solution for proposal pricing, cost analysis and cost estimating. Excel’s greatest strength, however, is also a great risk for companies. As software is developed, bugs and errors surface and are fixed. Excel applications usually short circuit the development process and break, a lot, when it counts.

A Brief History of Excel 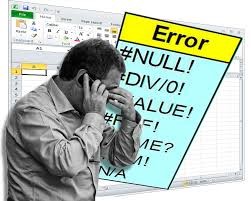 Google the term “Excel error”. In February 2015, the query yielded 130 million results. In his 1998 paper, “What We Know About Spreadsheet Errors,” Professor Raymond Panko of the University of Hawaii wrote that of 113 spreadsheets audited in seven studies, 88% contained errors.

Not all spreadsheet errors are inconsequential. Like a child playing with matches who burns down the house, some spreadsheet mistakes have traumatic consequences.

A few examples show how spreadsheet errors can lead to disaster:

It is helpful to categorize spreadsheets into three groups:

Intentional spreadsheet applications are purposefully developed by software programmers using standard software controls and testing that are then deployed to end users. De-facto spreadsheets are constructed by end users and deployed within their own work group. Accidental spreadsheets are designed by an end user for personal use, inherited by the person who succeeds the designer and by precedence become part of the established process. Accidental legacy spreadsheets are the most common.

In his book Antifragile: Things That Gain from Disorder, Nassim Taleb suggests seeing anything that matters in three categories of exposure:

“Antifragile” is his neologism for the opposite of fragile. Where a robust or resilient system stays the same by resisting shocks and change, an antifragile system grows and improves with exposure to volatility. In a fragile system, mistakes are rare, consequential, usually irreversible, and painful. Mistakes in an antifragile system are routine, small, benign, quickly overcome, and avoided in the future – errors are learning opportunities.

Spreadsheets are often viewed as tactical tools not subject to the same scrutiny as other database or functional applications. In most organizations, however, spreadsheets are mission critical parts of their analytical, decision-making and reporting processes.

Clearly, business systems that rely on electronic files stored on personal computers and file servers connected to networks are better, faster, and cheaper than the antediluvian systems they replaced. But the requirement for reliable compliance frameworks compels organizations to establish controls on the creation, documentation, use, and maintenance of mission-critical spreadsheets. 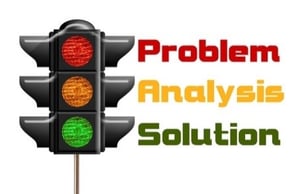 The following steps identify fragile accidental legacy spreadsheets and suggest a path to transition from fragile to robust solutions, and from robust to antifragile. With a focused scope and time-limited charter, the process improvements are cost effective and avoid the trap of becoming an end in themselves rather than a means to achieve process improvement.

Request a 1-on-1 demo today to learn how PROPRICER can help you shave days off your proposal process!